Money is hard to get

I need fundraising ideas for my forming commune! We are all saving what we can but most of us are low income and can only save a few hundred at a time max. We were thinking about a subscription box or selling merch. What would you buy to support another community? What would get a lot of traffic? Any ideas?

I want to offer a blanket apology in advance if I’m overexplaining anything because you never know what strangers know on the internet!

Here are some ideas I had reading your post.

Currently I subscribe to Commune Life’s Patreon, which is run by a group of dedicated folks in the FEC. They send a lot of physical rewards (I’m subscribed to the quarterly seeds tier) and also make media. I am trawling the forums right now and have found your posts to be thoughtful and well worth the read, so maybe starting a Patreon would be a good idea, with digital rewards that are doable to produce, like monthly blog posts and/or live chat sessions? Most Patreons I follow are from authors; I think Commune Life is the only one I get physical rewards from. I’m spitballing, but you could definitely offer different tiers where $5/month allows people to see each monthly blog post; then maybe some higher tiers at $10-50 dollars that offer live chat or advice sessions (only if this doesn’t sound soul-destroying, lol); and $30-50 or whatever is fair for the subscription boxes you’re thinking of. (If a monthly subscription box doesn’t sound doable, you could set the monthly rate at 1/3 the box price and send the boxes out quarterly; that’s what Commune Life does with seeds.) If anyone in your forming community draws or paints, they could upload some content as well and make that that month’s thing … the nice thing about Patreon is that at $1-5 per month, most people won’t even notice if the team needs to skip a month, and I think as long as the team is upfront about having limits and needing to take occasional breaks I think it wouldn’t have to happen every month. I’ve never been a Patreon creator, and I imagine it can be stressful. I think Substack may also offer similar functionalities.

Merch also sounds like a great idea! If you start a Patreon (or if you have a website – maybe you already do?) you’ll have a place people can go and it can also link to a Society6 store, Etsy store and/or whatever. The only terrible thing is that I think all these services have become worse and worse for creators (and in some ways buyers too!) thanks to the infinite growth mindset, so it’s worth doing out all the math on the commissions, etc to make sure it’s actually worth the maker’s time. But I would totally buy Willowhaven merch. It’s a beautiful name and I’m sure would go great on T-shirts and bags with a pretty design.

Would suggest that viable communities with people of a variety of businesses issue a type of currency either/or tied to the base currency of the country in which they live.

Examples exist in the UK such as the Bristol £ and Oriana (South Africa)'s Ora. Many more types exist. What makes these successful is that they are well designed, widely propagated in the media and non-member like myself ( indostocks@gmail.com ) are extremely interested to purchase them and sell them to other numismatists at a profit.

The way that the community makes money is that almost all currency reaching a collector network will not be returned to be redeemed and though considered a liability in the accounts can be considered one that almost never has to be repaid.

Some communities have insisted on placing “Use By” dates on their currencies but this makes them lose some attractiveness in the collecting community.

I think this might be the topic I stressed the most in the survey (besides ‘more on community, oriented toward community, from communications’, etc).

Being ‘ol skol’ I say “Just do it”. One must start somewhere so declare yourself an intentional community. Publish that. Select something that brings you joy, monitise it (the most difficult step for some). Draw others to you who can contribute in some way (many tasks in there frm writers, organizers, tech [not just ‘puters’], managers, etc). Form a network business from these parties. As it goes develop it into a community business by using that income to purchase land. Throughout - keep a keen eye out for ancillary subsystem development. It can not be loosely ‘extra’ as it will draw off energy/interest. It must be closely allied. This way ur community can allow others with their own interests to flourish. The younger the community the more closely ‘aligned’ it must be. The “older” the more it can ‘stray’.
Assure the ‘product’ is of the upmost quality, become known as a community that provides the ‘best widget’ and folks look for ‘your brand’. Now this approach would be an ic w/its major “i” (intention) to be a community business BUT it can serve the same goal (living together cooperatively, “Business is just how we afford to do this.”). I’ve lived in ‘retreat centers’ (public service: workshops), builders (crews go out to build private homes), and agro-based (sell the public our farm production). Whadaya think?
Land has gotten expensive (near markets) and ol skol - often the property was gifted. I have ideas similar on developing community there but that is not the question asked here.

This topic is one close to my heart.

I offer this work which I do, and if anyone wants to be part of the next offering, let me know: 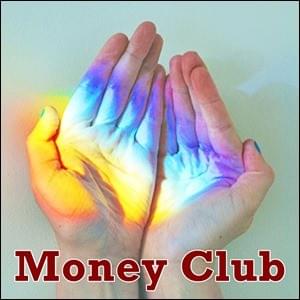 I think Chad Fuller has said things more succinctly and with more experience than I can (I wrote this before I read his post). Hopefully my two cents add something to the discussion.
As you will probably need an ongoing income source, I would suggest really analyzing things as a business. For a business to be sustainable there needs to be a need. Think about what your commune’s needs are, that are not being filled. Probably there are other people out there with those same challenges, and because you have them yourself, you have an inherent advantage in that you know the problem from the inside. For example, I have an abnormal gait from a bicycle accident and have found it really hard to near impossible find shoes that work to correct this challenge. After many years of frustration around this conundrum, I decided to start being proactive and begin developing my own shoes. Turns out, roughly 18% of the population has this same challenge of not being able to walk normally. This means there are possibly over a billion potential customers worldwide. If you currently have a low income like I do, there is probably some challenge that is getting in your way that is not getting addressed. If you and the rest of your commune can brainstorm “what are my challenges”, or more specifically, what are my personal challenges, those that, even if money and time were not an issue would still remain a challenge. Then do some basic research to find out if other people have these same issues. Finally, try to think of solutions to these problems. You don’t need to know how to implement the solutions – I knew next to nothing about the shoe business and how shoes are made about a year ago – you just need to find some kind of solution to a need that is going unaddressed. Then finding money to form your community to work and implement the solution will be a lot easier, and with money and a physical location, you can be more likely to find people and resources to actually realize on your idea.
I realize that just saying this is a lot, lot easier than having it become a reality (I have been trying to start some manifestation of a business for over a decade) but if you are focus on solving your internal challenges that may have the potential to help other people along the way, it is a lot more tangible of a task than trying start with the problem being a lack of money and then trying to work backward from there. Money is just an exchange of needs, or at least should be. The fact that some people do not get this is a large reason we have this rampant rise in inflation.

“… add something to the discussion…”
certainly duz~
In Community,